The German Constitutional Court (BVerfG) decided on the 6th of December 2022 on what has been called the “Eurobonds-case”. The case concerned the method of generating funds for the Next Generation EU Fund (NGEU). The NGEU is established to support Member States’ economic recovery from the COVID19 pandemic. It will furthermore assist Member States to achieve climate goals and transitioning to the digital economy.

The case primarily concerned the method of generating funds for this program. The Council’s EU Own Resources Decision 2020 (Decision) provides the Commission with the power to borrow up to €750 billion on the market. The liability for this debt is added to the EU’s own budget. The funds are provided in grants and loans to Member States. This means that a source for repayment is from the receiving Member States. Nevertheless if a Member State fails to repay the provided loan the liability rests with the Union’s budget. This budget is generated through the funds available through the EU’s own resources. These resources are generated, among others, from the Carbon Trading System. The grants and unpaid loans are financed through this budget. Any funds that are borrowed by the Commission under NGEU, but that is not provided to Member States should be used for early repayment of the loan. The NGEU thus introduces a system of grants and loans financed through the EU budget. In particular the scale of this program is larger than previously established. The BVerfG was thus asked to consider whether such a measure was lawful under German Basic Law.

The BVerfG disagrees with the plaintiffs and decides the measure to be lawful without even asking preliminary questions. The BVerfG first considers that the ultra vires review by the court is limited to reviewing whether the EU exceeded its competences in a ‘sufficiently qualified manner’. It is up to the government to take budgetary decisions. Their budget can therefore not be determined at supranational level.  The BVerfG considers that the Decision is based upon art. 311(2) TFEU and can only enter into force once accepted by all Member States. The fund is furthermore primarily aimed at addressing the consequences of COVID-19 and thus has a narrow focus. Secondly the BVerfG considers that another legal foundation may be found in article 122(1) and (2) TFEU. The latter must be interpreted in a narrow manner. The funds are used partially to counter the effects of the pandemic and some funds are put towards climate change. The latter cannot be considered manifestly in breach of the competence awarded to the Council through 122 TFEU as long as the goals of the funds remain limited to the exceptional circumstances of the pandemic. The BVerfG however does consider that the annual borrowing until 2026 for amounts larger than the budget for 2021 and 2022 may exceed the competences of art. 311(2) TFEU. The BVerfG, however, continues by considering that when the amounts are examined as part of the full multiannual financial framework the figures are not exceedingly high. The BVerfG thus considers that the Decision does not manifestly exceed the competences conferred to the Council.

The BVerfG then continues by examining the potential violation of article 125 TFEU. The no-bailout clause in article 125 TFEU prohibits Member States or the Union from becoming liable for each other’s debts.  The underlying theory of this article is to prevent moral hazard. The BVerfG considers that the favorable lending rates of the NGEU may be at odds with article 125 TFEU. It could theoretically provide lower interest rates than individual Member States would normally raise. This would decrease the incentive to keep a sustainable budget. Nevertheless the BVerfG considers that the potential circumvention of article 125 TFEU does not rule out the competence of article 122 TFEU. The BVerfG further considers that the Decision does not create a permanent mechanism and the current common liability only has limited effects upon the Bundestag’s budgetary powers. Hence the BVerfG does not consider the Decision to exceed the competences of the Council. This reasoning is at odds with earlier case law.

The relationship between the BVerfG and the Court of Justice of the European Union (CJEU) has been strenuous at best. In particular the BVerfG has been skeptical with regard to the Economic and Monetary Union (EMU), most notably in two recent cases, Gauweiler and Weiss. The preliminary questions the BVerfG asked in the Gauweiler case, which concerned the European Central Bank’s Outright Monetary Transaction program, were sent accompanied by a relatively long document which clearly stated the BVerfG’s negative opinion on the legality of the ECB’s program. A further set of preliminary questions followed in the Weiss case which concerned the ECB’s asset purchasing program. The CJEU in this case confirmed the ECB’s discretion and declared the program within the mandate of the ECB. The BVerfG in return considered that the CJEU based its decision on too little information and therefore considered the CJEU’s judgement ultra vires.

Considering the history of the BVerfG it is surprising that in the present case it decided not ask preliminary questions. Furthermore the BVerfG considers that ultra vires must be reviewed with constraint and in a cooperative manner. The tone and attitude towards the EMU has certainly changed. In particular the reasoning with regard to article 125 TFEU is somewhat odd. The BVerfG considers that a potential violation of article 125 TFEU does not prevent the application of assistance under article 122 TFEU. Article 122(1) TFEU discusses “measures necessary” without specifically referencing financial measures. Article 122(2) TFEU does directly reference financial measures. This article however also includes the term “under certain conditions”. The BVerfG does not extensively consider what conditions should be included. Furthermore the BVerfG considers that this does not allow aid towards the Member States as a group. The NGEU, however, is aimed at the Member States as a group. In particular attention should thus be paid to the certain conditions criterion. This should include agreements to prevent moral hazard. Though a crisis is exceptional and may warrant unusual measures it did not preclude the application of article 125 TFEU during the euro crisis. The ECB’s measures were considered lawful as they abided by article 125 TFEU. The CJEU considered in the Gauweiler case that the conditionality clause of the ECB’s OMT program prevented moral hazard to a sufficient degree, as this conditionality clause required Member States to keep a sustainable budget. Hence the CJEU considered that the ECB did not violate the no-bailout clause. This moral hazard is particularly important in relation to COVID19. The Stability and Growth Pact (SGP) was introduced to prevent unsustainable debt levels of the Member States. In response to the pandemic the Commission triggered the general exception to the SGP. Furthermore in the CJEU’s crisis law the importance of the financial division key of the ECB was discussed. This key ensures that each national central bank is only liable for a percentage equal to their capital key, thus ensuring that the German central bank would only be liable for its percentage. Such limits were not considered in this case. The dissenting opinion in this case does discuss these limits. Justice Müller considers that borrowing in the past had concerned much smaller amounts. He further finds the link between the pandemic and objective to be weak. He also considers that the money that is provided to Member States as part of non-repayable grants generates a redistributive effect.

It seems that under their new president (in place since June 2020) the BVerfG has become more euro friendly. Nevertheless preliminary questions would have suited the case. In particular the NGEU grants which total 338 billion EUR leads to several legal questions, such as whether the grant allocation should be in accordance with a liability key. In addition with the general exception to the SGP invoked, it leaves very few incentives for Member States to keep a sustainable budget. The relationship between the pandemic and the NGEU assistance is furthermore weak at best. Medical research and general resilience are related to preparedness but not to the economic effects of a crisis. The relationship between promoting gender equality and the pandemic is difficult to see. Additionally the effects of the pandemic have decreased and the EU has re-entered a period of economic growth. Considering these circumstances it is a pity that the BVerfG decided not to ask preliminary questions, as the opinion of the CJEU may not have been as straightforward as that of the BVerfG. 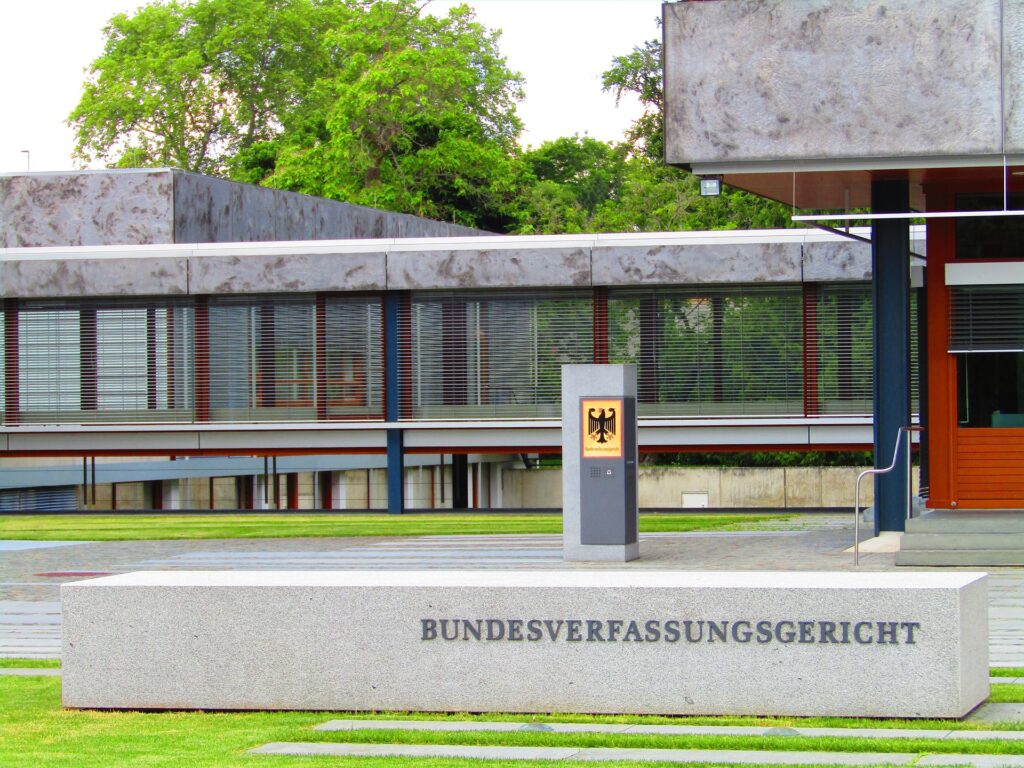