Boris Johnson and Ursula von der Leyen have both laid bold claims to having got Brexit done, inoculated people against Covid-19 and come to the rescue of Ukraine against Russian invasion. Well, we know, more or less, what happened to Johnson. Von der Leyen, still standing, made her latest justification in the ‘state of the Union’ speech to the European Parliament on 14 September. It is widely presumed that in two years’ time she will seek a second five-year term as Commission president. What are her chances?

Ukraine was the lynchpin of von der Leyen’s speech. She was wrapped up, almost literally, in the Ukrainian flag, as she sat next to invited guest Olena Zelenska. If by 2024 all goes well in Ukraine, and EU unity holds, she will deserve credit. The problem is that wars seldom go well and peace is more often than not elusive. President Zelensky, no less than President Putin, will find it difficult to survive a ceasefire. And the EU 27 is sure to divide between war and peace camps.

One notes that the EU Court of Auditors has just delivered a critical verdict on Von der Leyen’s performance in the early days of the coronavirus pandemic. And the nationalist government in the UK seems intent on ripping up the Brexit agreement, at least in respect of Ireland, which will prevent the wound of secession from healing.

In so far as it is complete, Von der Leyen’s energy package is still insufficient for the purpose of avoiding social hardship and economic recession. Greece and Italy, in particular, are facing renewed phases of fiscal and political instability. The Commission’s evident failure to pursue banking union and capital market integration leaves the eurozone at risk of another financial crisis.

The President in her speech made passing reference to the first conference of the ‘European political community’. But if the purpose of this adventure is not well defined and its organisation cute, it may very well backfire. Recep Tayyip Erdogan is clearly tempted to take his battles against Kurds, Greeks and Gulenists into the conference chamber. The Serbs and British, if they turn up, can exploit the occasion to badmouth the European Union. The Prague event is for Hungary and Poland a useful platform to argue their case against the rule of EU law.

Von der Leyen did not use the Strasbourg speech to flesh out her thinking on EU security and defence policy. Relations with NATO and the US were not mentioned. She could say very little about enlargement because of the growing divide between those who want no new members without deeper integration and those who welcome enlargement as a way of weakening integration.

Above all, von der Leyen remains equivocal about constitutional reform. The performance of the Commission in the recent Conference on the Future of Europe was lamentable. Although she told MEPs that she now agreed that the time was ripe for a new Convention, she did not say why. She failed to refer to the Parliament’s specific proposals to amend the unanimity clause of the Treaty of Lisbon (Article 48(7) TEU), or to the Council’s current attempts to suffocate those proposals.

To get re-elected in 2024, Ursula von der Leyen needs the happy conjunction of a number of unrelated things. She needs the German Chancellor to nominate her. He is a member of the SPD, she of the CDU. She needs a qualified majority in the European Council and an absolute majority of the Parliament (353 MEPs) (Article 17(7)). Neither will be straightforward. For one thing, only seven national leaders currently hail from her conservative European People’s Party (EPP). There is growing resentment in the Parliament that the EPP has had control of the Commission presidency since 2004 when the size of the EPP group has shrunk to just over a quarter of the House (177 MEPs). One recalls that in 2019, Von der Leyen only won her election by 8 votes — including support from 13 deputies from Orban’s Fidesz party (who have now been kicked out of the EPP), and of 24 deputies from Poland’s Law and Justice Party who are now hostile.

In her favour will be the inability of the Potemkin like EU political parties to field credible alternative candidates to Von der Leyen. In 2009 the European Council found it too much trouble to find an alternative candidate to the sitting Commission President Barroso: they may be lazy again. That would be a pity. Somebody else deserves a chance.

In my new book, I suggest that whomever is offered the job of Commission President in 2024 should only accept it on the condition, first, that they can reduce the size of the college to 18 members (Article 17(5)) and, second, that they can themselves take the chair of the European Council (Article 15(5)). This would enhance the federal character of the Commission, save money, avoid duplication and relieve everyone of the need to invent a successor to Charles Michel. What’s not to like? My own punt is for Mario Draghi. At least it won’t be Boris Johnson.

Andrew Duff’s new book, ‘Constitutional Change in the European Union’, is published by Palgrave and is Open Access, freely available to download here. 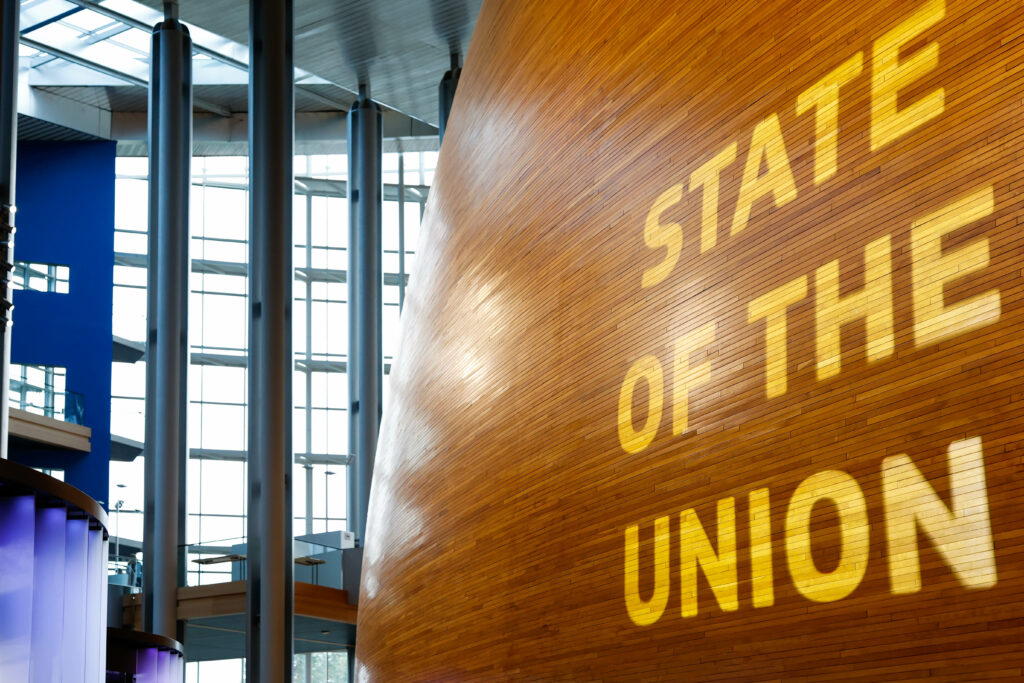