The State of the Union, European Integration and the Taboo of the Treaty Reform

On 14 September 2022, like every year, the European Commission’s President Ursula Von der Leyen delivered her State of the Union speech in front of the European Parliament. This year, however, the speech was particularly awaited, as it took place against the background of soaring energy prices, the ongoing war in Ukraine, the warmest summer ever and the Covid crisis still looming large. Rarely has in fact the EU faced such intense and numerous challenges, and they all strike at the heart of Europe, bringing the EU centre-stage. Perhaps never before had we really understood – and I mean all of us European citizens – how crucial are the decisions taken by the EU. Purchasing and distributing vaccines, supporting economic recovery through the NextGenerationEU (NGEU), capping energy prices, sanctioning Russia: the most important issues for the European citizens today are dealt with at the European level. This is why the Commission is becoming increasing central, and so was Von der Leyen’s State of the Union’s address. A quick look at the media coverage in the Member States shows indeed that the speech made the headlines of most major national newspapers (e.g. El Pais, La Repubblica, FAZ).

Interestingly, the Commission’s President did not only use the occasion to present her plans for economic recovery and energy transition. She also seized the opportunity to give new impetus to the EU integration process, in both its widening and its deepening component. After years of “enlargement fatigue”, Von der Leyen explicitly expressed the Commission’s commitment to welcoming candidate countries into the EU’s family: “So I want the people of the Western Balkans, of Ukraine, Moldova and Georgia to know: You are part of our family, your future is in our Union, and our Union is not complete without you!” (State of the Union 2022). This sudden enthusiasm for enlargement is probably driven by Russia’s aggression against Ukraine and, much as in the late 1990s, by the desire to stabilise the region. Nevertheless it represents an acceleration of the EU enlargement agenda in a way that was unforeseeable only one year ago.

Von der Leyen also officially called for a Convention to reform the Treaties: “as we are serious about a larger union, we also have to be serious about reform. So as this Parliament has called for, I believe the moment has arrived for a European Convention” (State of the Union 2022). The Commission’s support does not mean that a Treaty revision will happen. In the ordinary revision procedure of Art. 48 TEU it is the European Council which convenes the Convention. And we know that many Member States are sceptical about the exercise, as observed by the Commission’s President herself: “Some might say this is not the right time”. In fact, Treaty revision has represented the big taboo of EU integration policy after the Lisbon Treaty. Recalling the failure of the 2004 Constitutional Treaty, many have feared that opening the pandora’s box of EU reform could let emerge the deeply anchored disagreement about the finalité of the EU and end up breaking up, rather the strengthening, the EU integration process (De Witte 2021). Amid the most turbulent times in the recent history of Europe, why should the EU engage in such a risky exercise? Yet I believe that, precisely at the current stage of European integration, and because of the centrality of the EU in these particularly challenging times, we should start engaging more seriously with the possibility of Treaty reform, as suggested by President Von der Leyen. This is for three main reasons, pertaining to the institutional, political and legal dimension.

The first reason stems directly from the impact of the several crises on the EU legal and institutional system. For instance, the euro-crisis has forced a thorough reform of economic governance, which was then again overhauled during the pandemic.  Many of the reforms were adopted by “creatively” using the flexibility provided by the current Treaty framework (Dermine 2020). The powers of the institutions were stretched and some Treaty provisions re-interpreted, such as the no bail-out clause in the eurozone. Other reforms were adopted by resorting to international law instruments, such as in the case of the European Stability Mechanism (ESM) during the euro-crisis. This ongoing process raises the question of the sustainability of such a reform method. At some point institutional engineering and legal creativity may reach their limits. And perhaps the limit may be reached soon, namely when the post-NGEU future will be discussed. The instrument is arguably compatible with the Treaties because of its temporary nature but any attempt to make it permanent would not be possible within the current Treaty framework.

Secondly, the taboo of Treaty reform leads us into a paradoxical trap: while we ask citizens to gather and democratically think about how to improve the EU (in the Conference on the Future of Europe), we discard the reform instrument foreseen by the Treaties in order to democratically enact changes. In other words, there is a huge democratic problem in this passive acceptance of the faith of non-treaty revision. It pushes us to look for other alternative pathways, to achieve the same results through covert means, which however lack the same democratic legitimacy (Héritier 2021).

Finally, revising the Treaties would allow us to revise the very procedure of Treaty revision. As often pointed out, the Art. 48 TEU procedure is too complex. In particular the “fear of referenda”, which have proven a stumbling block for the EU, is a powerful disincentive for reform. Conversely, a democratic constitutional system, even – and perhaps even more so – a supranational one, must embed the possibility of change.

Whether we like it or not, at some point Treaty reform may become inevitable. It would be perhaps wise to anticipate that moment and channel it through a constructive political dialogue involving the citizenry. Ursula Von der Leyen’s State of the Union may be a further step in this process.

Paul Dermine, ‘The EU’s response to the COVID-19 crisis and the trajectory of fiscal integration in Europe: Between continuity and rupture’, LIEI 47 (2020) 337–341

Maria Patrin is a post-doctoral researcher at the University of Florence. She holds a PhD from the European University Institute, where she was also Research Associate. Her main research interest lies with EU institutional law, EU legal history and the evolution of the EU legal order. She has worked extensively on the European Commission’s role in the EU institutional setting. 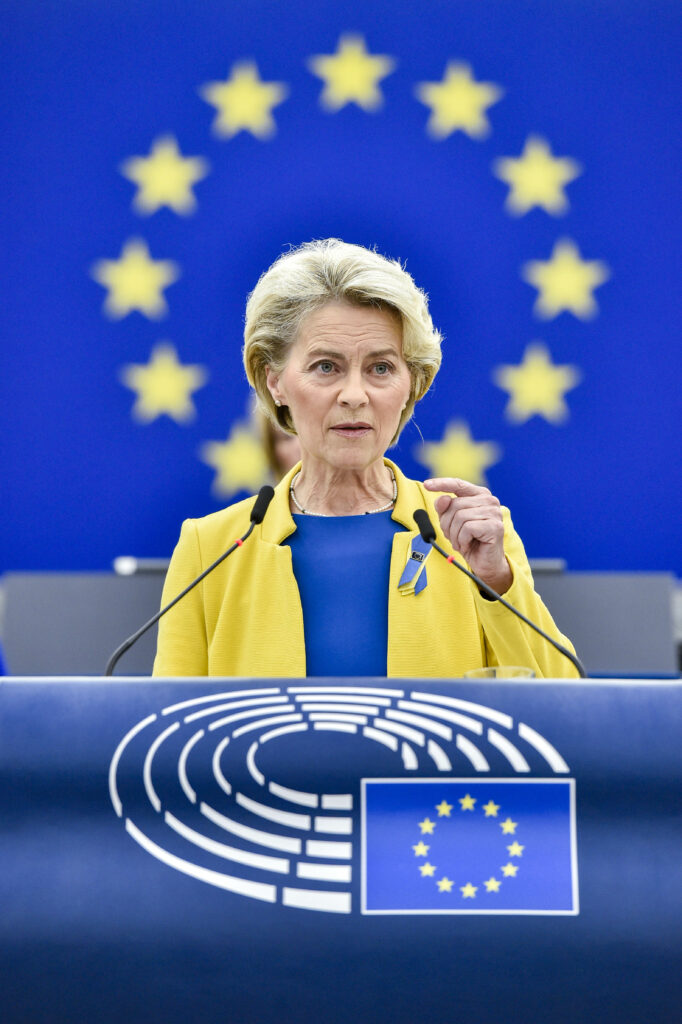