Olaf Scholz’s Prague Speech on the Future of the EU: A Belated Response to Macron’s Vision

“This is about our future, which is called Europe.

That Europe is being challenged today as never before.”

On August 29, German Chancellor Olaf Scholz gave a speech at Charles University in Prague in which he laid out a long-awaited German vision for the future of the European Union (EU). In the eyes of many observers, it was unexpected and can be seen as a belated response to French President Macron’s visions for Europe presented in his 2017 Sorbonne speech. The speech was set in an emblematic hall of the famous Charles University at the historic centre of Prague. Scholz put forward a broad vision for the EU in the years to come. His vision includes proposals in various areas ranging from a reform of the EU institutions to a new EU military headquarters and air defense system, stricter rule-of-law standards, and better EU fiscal rules.

The iconic location for the speech at Europe’s oldest university was not arbitrarily chosen. As the Czech Republic is currently holding the EU Council Presidency, it sets the tone on the European level. Moreover, Scholz presumably wanted to pour oil on troubled waters and show German appreciation for the views of the Central and Eastern European (CEE) Member States. At the beginning of the Russian invasion of Ukraine, French President Emmanuel Macron and Scholz arguably showed neglect for the views of the CEE Member States when they conversed directly with Moscow to influence Russian President Vladimir Putin – from today’s point of view, to no avail. Scholz seemed to propitiate the concerns of the CEE Member States with the keynote speech at Charles University in Prague.

A New Vision for Enlargement

In the first section of his speech, Scholz touched upon the contentious issue of European enlargement. According to him, Ukraine, Moldova, and Georgia belong to a free and democratic EU. Accordingly, enlargement is not an economic opportunity but a historical necessity for those candidate countries. To further stress his point, he quoted German historian Karl Schlögel with the idea that the European Union’s core is moving eastward and further argued that reforms in those candidate countries should go hand in hand with institutional reform within the EU. As a result, he envisions a reformed EU with 30 or even 36 Member States in the future. This is a powerful statement towards these accession countries and raises their prospects of becoming EU Member States.

Scholz also demanded that the Schengen area should be swiftly extended to Romania, Bulgaria, and Croatia. As he lauded the Schengen Agreement as one of Europe’s most outstanding achievements, he argued that these Member States should be admitted to the Schengen zone as soon as possible. Consequently, Scholz not only gave his strong support for further EU enlargement but also called for an enlarged Schengen zone.

A Call for Broad Institutional Reforms

In his second thematic focus, Scholz argued for sweeping institutional reforms according to the motto of the architectural Bauhaus Movement of the 1920s: form follows function. Future institutional reforms should be implemented within the EU following this credo. In substantial terms, he proposed that the Council of the European Union (Council) gradually move from unanimity to qualified majority voting (QMV) in specific policy areas such as Common Foreign and Security Policy (CFSP) and taxation policy. Two areas in which the EU needs greater unity if it wants to be perceived as an influential global player.

However, the move to QMV voting in the Council in those areas is a legal predicament, as Guillermo Íñiguez has pointed out. The simplified revision procedure under Article 48 (7) TEU, which could be used to move to QMV, expressly excludes questions with military implications or those in defence. If Scholz, instead, envisions the ordinary revision procedure to change the Council voting rules, it would require unanimity once again (see Article 48 (2 – 5) TEU). However, broad support by every EU Member State is hardly imaginable at present. Finally, he pointed to the possibility of constructive abstention under Article 31 TEU as a possibility to find solutions in those areas more quickly. This would be a novel approach which has not been widely used in the EU so far.

Regarding the European Parliament (EP), Scholz argued that a more realistic representation of the people of Europe is needed. Therefore, each vote shall have proportionally the same weight at the EP. Notably, Scholz did not broach the topic of transnational lists for the EP or the Conference on the Future of Europe (CoFoE) in this part of his speech. Concerning the European Commission (Commission), Scholz stressed the need for it to become more streamlined. Moreover, he proposed a merger between some Directorate Generals (DGs). However, as he wants to stick to the one Commissioner per Member State rule, two Commissioners would have to share responsibilities for one DG – an interesting idea that, however, could eventually create new conflicts within certain DGs.

His boldest proposals were made around defence policy. Sparked by Russia as a newly emerged European security threat, Scholz proposed not only a European Defence Council but also an EU Military Headquarters (HQ) and a European Aerial Defence System (an EU Iron Dome, as it were). Scholz claimed the European need for an EU Defence Council, which brings EU defence ministers to one table to take joint decisions. This would go hand in hand with a European defence HQ where EU military actions are coordinated and a joint air defence system which would protect EU borders. Those daring proposals go beyond the EU’s current Strategic Compass policy for the next decade. While some EU Member States on the eastern flank might welcome them, they could be challenging to realize given the EU’s currently extremely limited competencies in defence policy.

Finally, Scholz stressed the need for EU independence of raw material supplies. According to him, the EU should push for a more robust circular economy to source lithium, cobalt, magnesium, and nickel from old battery packs within Europe. Therefore, he proposed a new “Made in Europe 2030” strategy and a “Microchips Made in Europe” policy to boost domestic production. The similarities to the current legislative agenda in the United States (US) are apparent. However, it will be difficult for the EU to source those critical raw materials via a circular economy approach. The raw materials in circulation can hardly provide enough materials for the resource-hungry transition of the European Green Deal.

The Rule of Law Revisited

The last paragraphs presented at Charles University centred around the rule of law crisis in some Member States of the EU — notably, the ongoing rule of law backsliding happening in Hungary and Poland. Scholz quoted Tomáš Masaryk, the founder of the first Czech democracy, in 1918, with the words, “states persevere through the values that they are built of”, an apparent reference to the need to uphold the values of the EU – among them the rule of law and democracy – enshrined in Article 2 TEU.

The approach he presented for being more rigid on the rule of law was threefold. First, he demanded that the Article 7 procedure be deblocked; however, he did not elaborate on how that should be achieved. Second, conditionality is the right approach and should become a permanent feature of the European budget – a laudable approach that scholars have already argued for. Third, the values of Article 2 TEU should become justiciable and enforceable via the infringement proceeding of Article 258 TFEU via the Commission. All three proposal point in the right direction. However, it is difficult to assess if they will emerge into more than mere rhetorical demands.

Five years after French President Emmanuel Macron held his remarkable speech at Sorbonne University in Paris, this might be the German answer to it. Several commentators have pointed out that Scholz’s Europe Speech at Charles University contained sweeping ideas for European reform. The central theme of his speech was to argue for a Realpolitik of the 21st Century leading to a new geopolitical European Union which adheres to a form follows function approach in institutional reform. If even some of the reforms that Scholz alluded to became reality, it would mean a big step for a more geopolitical EU.

On a side note, EU enthusiasts might be disappointed that Scholz did not allude to treaty reform in the context of CoFoE, nor did he talk about the idea of transnational lists for the EP elections. He omitted to refer to transnational lists and only mentioned the CoFoE in one paragraph by highlighting that the outcome of the Conference stressed the need for EU reform. However, the reform he envisions would arguably be a top-down reform, different from the CoFoE’s bottom-up approach.

The Czech Prime Minister Petr Fiala missed Scholz’s speech due to other important appointments. It is to be hoped that this is not a bad omen for the prospects of the Scholz reform proposals nor for the work climate with the CEE Member States. Scholz closed the speech with the words, “Europe is our future, and that future is in our hands” – the hope is, therefore, that his speech is heard outside the EU bubble and finds its way into the discussions of ordinary Europeans to incite debate about what kind of Europe Europeans want in the future. In any case, Scholz’s speech must be seen as a belated response to Macron’s proposals, and it is hoped that it will create momentum for a serious debate about EU reform. 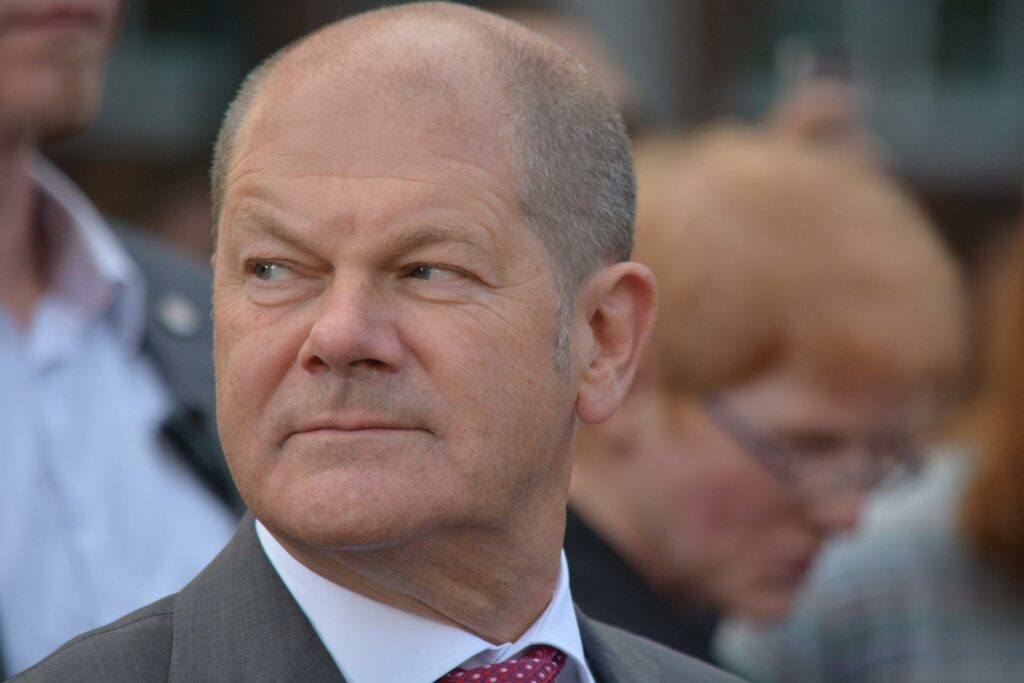