The CJEU Gives its Green Light for the Conditionality Regulation

February 16th marked the day of a seminal judgement for the European Union (EU). The Court of Justice of the European Union (CJEU) affirmed the legality of Regulation 2020/2092 – the Conditionality Regulation. The judgement was anticipated by many observers of the EU’s rule of law crisis, as the Regulation could be crucial in solving the rule of law impasse in Poland & Hungary. The Regulation in question was enacted in January 2020 by the Council of the European Union (Council) and the European Parliament (EP) to protect the Union budget against rule of law deficiencies in the Member States. It would give the Union a tool to cut EU funding towards Member States. Following the simple formula: if you don’t respect the rules, you don’t get the money. The proceeding itself was widely followed and held in full court, with many Member States participating in the oral hearing. The CJEU, in its ruling, affirmed the legality of the Conditionality Regulation and rejected the arguments of Poland & Hungary.

The Legal Basis of the Regulation

Further, the Court highlights that the Union must be able to defend the values on which it is based. Most importantly, the Court highlighted that “compliance with those values cannot be reduced to an obligation which a candidate State must meet in order to accede to the European Union and which it may disregard after accession.” The Court, therefore, affirmed that the Union may take action – in the present case in the form of financial conditionality – to safeguard compliance with the Copenhagen criteria even after a Member State has acceded to the EU.

Finally, the Court highlighted that the Union budget is one of the main instruments giving effect to the principle of solidarity in the EU. The implementation of that principle, through the Union’s budget, would be seriously undermined if breaches of the rule of law are committed in a Member States when utilizing EU funds. Therefore, and to uphold the objectives pursued by the Union, a horizontal Conditionality Regulation “is capable of falling within the power conferred by the Treaties on the European Union to establish “financial rules” relating to the implementation of the Union budget.”

Compatibility of the Regulation with the Article 7 Procedure

An additional complaint was that the Conditionality Regulation circumvents the Art. 7 TEU procedure. The complaint by Hungary & Poland aimed towards a demonstration that the Union acted outside its competence and created a parallel mechanism to Art. 7 TEU. However, the Court rejected that argument and highlighted that both procedures have different aims, functions and themes. While Art. 7 TEU aims to penalise breaches of the values of the EU, Regulation 2020/2092 aims to protect the Union budget. Finally, the Court stressed that the supervision function of the Union via this instrument extends only to situations in which the Member State implements EU budget. Therefore, the Regulation does “not go beyond the limits of the powers conferred on the European Union.”

However, the CJEU dismissed the challenge by distinguishing between the legitimacy of qualified majority voting for the adoption of normative acts which affect all Member States and penalizing measures affecting one State. In line with the AG’s reasoning, the Court noted that Article 16 TEU, which establishes qualified majority voting as the standard in Council proceedings, is not specific to the procedure established in the Regulation and is “fully compatible with the choices made by the authors of the Treaties.”.

Objections to the Principle of Legal Certainty and Proportionality

However, the Court rejected this view and reiterated that Article 2(a) of the Regulation is not intended to “define that concept exhaustively” but is limited to the Regulation with the purpose of protecting the Union budget. Furthermore, the Court stated that the principles listed in Article 2(a) do not overstep the limits of the rule of law definition, as these principles are axiomatic to the understanding of the rule of law. The Court explained that “[…] it is clear that a Member State whose society is characterised by discrimination cannot be regarded as ensuring respect for the rule of law, within the meaning of that common value”. This statement undoubtedly implies that the current discriminatory policies adopted by both Poland and Hungary are undeniably contrary to the value of the rule of law.

In a written press release that was published directly after the judgement, Commission President von der Leyen welcomed it, but  with tempered enthusiasm. In her statement, she stressed that the Commission will carefully analyse the judgement and, in the following weeks, adopt guidelines on the application of the Regulation. Therefore, one can expect that the first application of the Regulation remains distant. Months may go by before the first implementing decisions – the legal instrument prescribed by the Regulation – will be adopted by the Council. Judging by the past speed of the Commission in applying the Regulation, it might take another year for action to be taken.

However, the Commission might not be aiming for a direct application of the Regulation. Another aim of the Commission could be to erect a credible deterrent mechanism that will influence the behaviour of the Member States in question. In fact, financial sanctions are already in place against Poland for the non-implementation of CJEU judgements and the Commission is already deducting those financial fines from the payments to the Member State. Finally, there are elections coming up in Hungary in April 2022. It is a difficult question to decide in Berlaymont if the Commission wants to push forward with this new tool, or rather to wait (and hope) for a new government in Budapest.

Additionally, if a case against a Member State is brought, it is certain that the Member State in question will use all available means to challenge these implementing decisions. First, the Member State may trigger Recital 26 of the Regulation and request the President of the European Council, Charles Michel, to discuss the matter at the next European Council Summit. This process may take up to three months. Second, and as soon as the implementing decision is adopted, the concerned Member State may use legal means to challenge it before the CJEU. While such a legal proceeding would not have a suspensory effect, it would nevertheless undermine the effectiveness of the Regulation to a certain extent.

In conclusion, much will depend on Commission President von der Leyen, what she has in mind and how she wants to proceed with the Regulation. It is evident that the Commission is now under immense pressure from the main political groups of the EP to make use of the Regulation without further delay. No doubt, a potential court battle on this very issue between the EP and the Commission will heavily influence Commission President von der Leyen’s next move. However, If the past is any guidance, it will take more months before the Regulation is applied, if it is applied at all.

Beatrice Monciunskaite is a PhD student at the School of Law and Government, Dublin City University. With a background in Public law, she worked and conducted research in Ireland in the areas of criminal law, personal injuries and immigration.

Niels Kirst is a Ph.D. student at the School of Law and Government of the Dublin City University. Having a background in European and International Law, he worked and conducted research at the Court of Justice of the European Union, the German Foreign Office, and at an independent think tank based in Brussels in the area of EU law, as well as in the fields of foreign policy and antitrust. 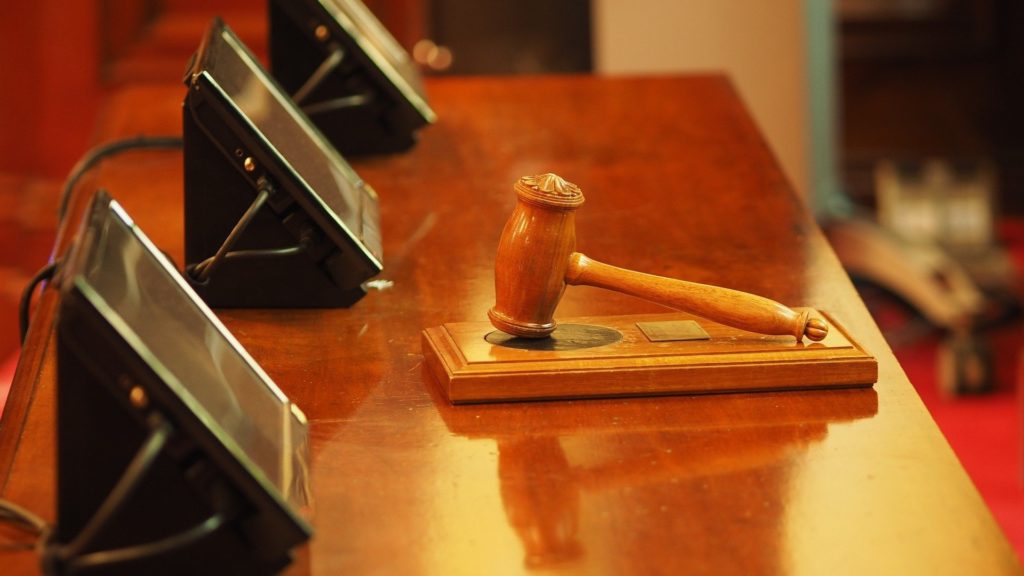